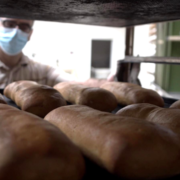 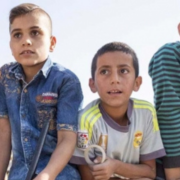 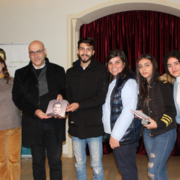 21 Salesians has met at the Monastery of St. Macarius in Egypt, who came from all the Salesian houses in Egypt and the Holy Land, with the presence ofr Father Jean Antonio Bonato, and the provencial Father Alejandro Leon.

To carry out the annual spiritual meditations of the, in an atmosphere of prayers, contemplation and distinctive salesian spiritual participation. 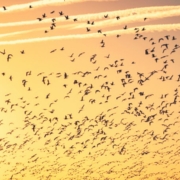 The Salesians are the children of a migrant, Don Bosco, who came from the rural area of Castelnuovo d’Asti and moved to Turin.

The first people he worked for were young migrants and the first missionaries in Argentina had to take care of Italian migrants. But above all, today, the Salesians work with and for migrants, especially children and youth, in all continents. That’s why the Salesians are taking part in the International “Migration and Peace” Forum, going on these days (21-22 February) at the Vatican.

The event was organized by the Department for Integral Human Development of the “Scalabrini International Migration Network” (SIMN) and the Konrad Adenauer Foundation.

Yesterday Pope Francis also took part. In his speech he asked people to be neighbours to migrants and he suggested four key words: welcome, protect, promote and integrate.

For their part, the Salesians Fr Martín Lasarte and Fr George Menamparampil from the Department for the Missions, had the opportunity to present the work of the Sons of Don Bosco with migrants. Migrants are the privileged recipients of the Salesian mission. Of 65.3 million refugees and IDPs (UNHCR data), more than half are minors and most of the others are also young.

In the different Salesian works – schools, vocational training centres, oratories, social works and parishes – in over 130 countries around the world, Salesians are in direct contact with around 10.6 million people, of whom it is estimated that 16% are refugees, IDPs or first or second generation immigrants.

The Salesian mission, therefore, involves about 1.7 million people “on the move”, including about 400 thousand refugees, displaced persons and asylum seekers.

Emergency operations are undertaken whenever necessary, but the priority for Salesians is the development of educational processes that, over a sufficient time, will enable migrants to enter the labour market and become members of the host society.

On the other hand, the Salesians also work to pass on to the host society the gospel value of solidarity.

They are also involved in specific initiatives against human trafficking such as those of “PARA” NGO in the Indian region, or “Stop Trafficking”, in collaboration with the NGO “VIS” in West Africa and Ethiopia.

The Salesians also drew attention to the need to strengthen and develop more systematic global collaboration with other Catholic institutions working in the same sector. 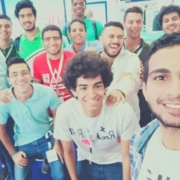 Over the years the Don Bosco Industrial Technical Institute in Cairo has been a centre of excellence.

Every year it trains many young people as industrial experts, prepares them to enter the world of work and in this way helps Egypt to a high level of industrial development. In recent months, a number of innovative projects have been developed in the field of renewable energy. We listen to what the people involved have to say:

“In the past three months, the students of Don Bosco have been working on the development of two innovative prototypes to implement solar power. This project was carried out here at Don Bosco in cooperation with AFD, IECD, and Schneider Egypt in order to provide students with the tools and skills needed in the target market,” said the manager of the French Agency for Development.

An Egyptian manager of Schneider says: “The idea of the project is to teach students, the next generation of engineers, to be familiar with new technologies for the use of solar energy. Of course, we know well the shortcomings and difficulties of our country from an economic point of view and rising costs. This is why we are concerned about the next generation of engineers.”

One of the teachers in the school says: “I’m working on a project for a pump which will use the energy generated by the sun through panels, without the use of batteries. We will use it for soil or water or to fill a tank depending on the energy generated in such a way that when the pump has more energy it will produce more water.”

According to another teacher: “The second project is about how to provide a small house with solar energy, in addition to using the national power grid, depending on the availability of the sun.”

Finally, the students: Michael comments: “what is unique about this project is that for the first time we are using solar energy.” Mohammed added: “the use of solar energy will increase in the future and in addition it is a clean energy that does not pollute.” And Joseph concludes: “This project will help me to work better and faster with solar energy, because I had to deal with problem resolution, and this helped me to become a better technician.” 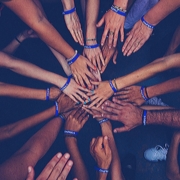 Given the complexity of any project to welcome Syrian refugees, those responsible for the Don Bosco Confederation wondered if they could help their colleagues in Syria who are working with children and young people in their own situation, realizing that they know best what is to be done. This led to an awareness project among the children and young people who attend the Salesian youth centres in Spain, and out of this came the solidarity project called “Suriya”.

The project arose as a short, medium and long-term commitment, thanks to the twinning of the Salesian Youth Centres in Spain and Syria. This will raise the level of awareness, support and fundraising to help cover the material needs of the Syrian oratories. There are three main areas of intervention: material needs (such as food, medicine and clothes); materials for study (stationery, etc.) and psychological training for the team of leaders; and, finally, material for recreational activities (balls, nets, etc.).

Among the various awareness-raising activities planned are the preparation of teaching units that work for different age groups and make them aware of the Syrian reality and the objectives of the project. They are also organizing a travelling photographic exhibition on the reality of refugees. There will be a visit to Syria by a delegation of Spanish youth centres, and some Syrian leaders will be involved in the summer activities of the Spanish oratories. There will also be a prayer vigil at the same time in various centres of the two countries, organized by the Salesian Youth Movement.

For the fundraising efforts, a special bank account has been opened and a “Solidarity Fair” campaign has been launched in various centres.

The Suriya project is carried out in close collaboration between the National Committee of Spain’s Youth Centres, and the delegates of Youth Ministry of the Salesians and the Daughters of Mary Help of Christians in Syria.

The Don Bosco Confederation was founded in 1991 and today it has 127 Salesian youth centres in Spain, with about 5,800 volunteers, 180 professionals, and 57,000 beneficiaries.