The Salesian are here

We, the Salesians of Don Bosco, are an international organization of Catholic priests and brothers dedicated to the service of the young, especially the disadvantaged and marginalized. We are faithful to Don Bosco’s Preventive System of “reason, religion and loving-kindness” and strive to create environments characterized by a sense of belonging (home), a spirit of faith (parish), dynamic learning (school) and engaged social interaction (playground).
We were founded in the mid-1800s by St. John Bosco, an Italian saint–educator. There are 15952 Salesians of Don Bosco around the world and they are present in 132 countries in all five continents. Our works can be grouped into Regions, Provinces and local Presences. All of these, including our own Province of the Middle East (MOR), belong to the Salesian Family. The Salesian Family is a wider movement than the religious institution itself and includes several groups of people (including lay people) committed to the service of the young.
The Salesian Province of the Middle East (MOR) is named “Gesù Adolescente” (Adolescent Jesus) and has been canonically erected on the 20th January 1902, at the request of Blessed Fr Michele Rua, then Rector Major, to the Holy See. 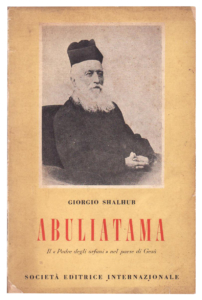 The terrain was not only prepared but well tilled and cultivated, by Fr Antonio Belloni, founder of the Orphanage of Betlehem and of the Holy Family Congregation.

Already in 1893 Fr Belloni and around half of his confreres entered the Salesian Congregation professing the vows and Rule.

Becoming a salesian, apart from the house of Betlehem, Fr Belloni brought with him “as dowry” the agricultural school of Beitgemal, the novitiate of Cremisan and the vast terrain on which the house of Nazareth was to be built. Fr Belloni died in 1903 and has been since then remembered as the “father of the orphans” (“Abuliatama”).

At the moment, the Province has 13 presences distributed as follows:

5 in the Holy Land